Pamplona in white and red

All of my friends when they come to San Fermín for their very first time, they never believe in me and they think that this issue of wearing everything in white and red is BULS—, Guess what, If you do not want to stand out in the crowd, you should be wearing “all white and red”. 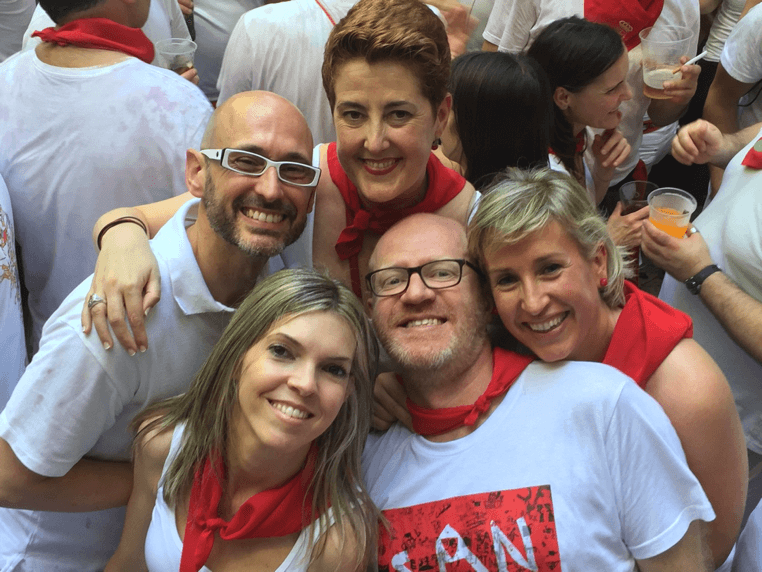 friends in white and red

Bring the cheapest white clothes you have at home. Although I would recommend you to buy them here. You will find 5€ T-shirts and 15€ pants. If you buy these clothes you will not feel bad about throwing them away after the party. Everywhere in town you will be able to find the red bandana and the sash. By the way, the sash is tightened on your left side not on the right one.

But why do we wear this funny outfit?

We need to go back in time. It was the 4th century AC here in Pamplona, when Christianism came for the first time. The legend says that a French priest (Saint Saturnine, who is the main patron of Pamplona) came to Christianize the locals.

At that time, we had a Roman General in town named Firmo, who didn´t really like Christians. It was modern times and he had to accept this new religion. So, he said to Saturnine: It is OK to Christianize, but just to show my power, I will decapitate the first person who gets baptized in Pamplona. Any volunteers?  As you can imagine, no one wanted to be the first one until a young man said “It will be me”.  This man is Fermin, that happens to be the son of the roman general. Firmo who was a very stubborn general answered “My son, if you are the first Cristian in Pamplona you will be decapitated as I said so”.  And that is what he did, he chopped the head of his son Fermín. Fermin became a martyr, SAINT FERMIN, the one we honor this festivity. 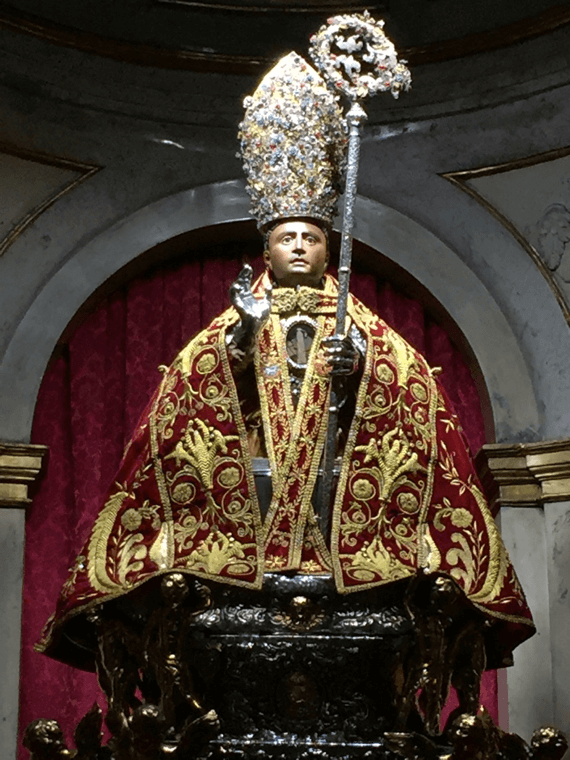 So, the white outfit remind us about his sanctity and the red bandana, the blood coming out of his neck. The reason why you tight your sash on the left is because they also put a knife is his heart and it resembles the blood from his chest. I know it sounds a bit goory, but well, it is the tradition…

OHHH by the way, I forgot to tell you one more thing about the outfit, DO NOT BRING SANDAL!!!!!! The city will be dirty this week and you don´t want all of those liquids on your feet…..