Pamplona is a very quiet and small city, in fact we are just 200.000 people. In Spain we are known to be a bit conservative and a little bit shy, but all of this changes on July 6th at noon. It is the opening ceremony for San Fermín or as we call it El Chupinazo.

Lets strat with some little history of the San Fermín festivities. What we celebrate is the life and death of our main Saint Patron San Fermín. This celebration started in the middle ages, we don´t exactelly know when. Back then this party, was celebrated in September, but the farmers of the XVI century couldn´t celebrate.  I guess there is a lot to do at that time of the year if you are a farmer.  It was 1591, when they moved this celebrations to July.

The openning ceremony is not this old, the first records go just to 1901. Foe many years, it was a very casual moment, it was just the locals lighting some rockets. All of these rockets, they where lighted from Plaza del Castillo, Pamplona´s largest square. In 1931, the firsat OFFICIAL rocket was launche, The gentelman who had this honor was  Mr.Juan Etxepare, a local politician.

The years of the Spanish Civil War (1936-1939) the opnenning ceremony was not celebrated. It was in 1041 (under Franco´s regime) when we changed the location from Plaza del Castillo, to the City Hall. And as you can imagine only politicians could have this honor. That first year, was our Mayor: Joaquín Ilundáin. During Franco time (1939 till 1975) different things were screamed from the balcony to the crowd “Arriba España”  , “Viva Franco, Viva España” Little by little It changed to a less fascist sentence, And now we say “PAMPLONESES VIVA SAN FERMIN, GORA SAN FERMIN” In Spanish and Basque. Our 2 official lenguajes.

It was 2014, the first time, that a no-politician launched the rocket. It was the RED CROSS, to commemorate thir 150 anniversary. Since then, locals we have the chance to vote for who we want to hold this honor. Now it is people or institutions that we all love, such as  the local band “La Pampolonesa”  , the “giants and Bigheads” , “El Tuli” a local hero…..

You have to think that on this day we welcome about 1 million people from everywhere around the world. It is magnificent. All of this people try to fit in a very small square. So here are some tips that could make your life easier when coming to the opening ceremony:

I know it sounds wild and you might think that I am talking you into not going there at all, that is not my intention, I just want you to loveit  as much as I do. If you follow these basic rules I believe you can make the most of it.

So if you don´t want to be in the middle of this amazing craziness but you still want to life it, but in the safest way possible , follow this link and book a  balcony spot to watch the opening ceremony 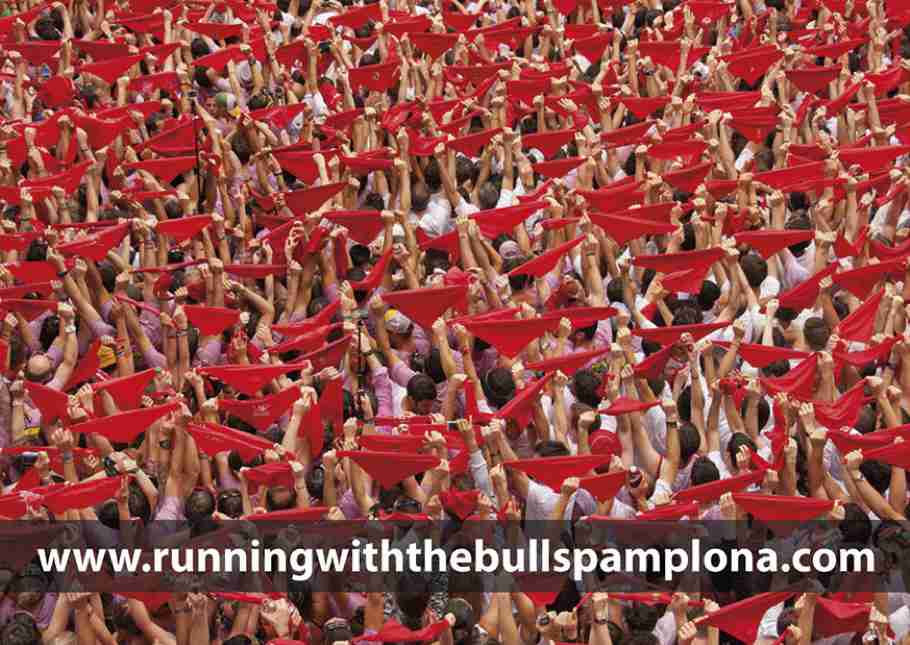