Jumping from the fountain 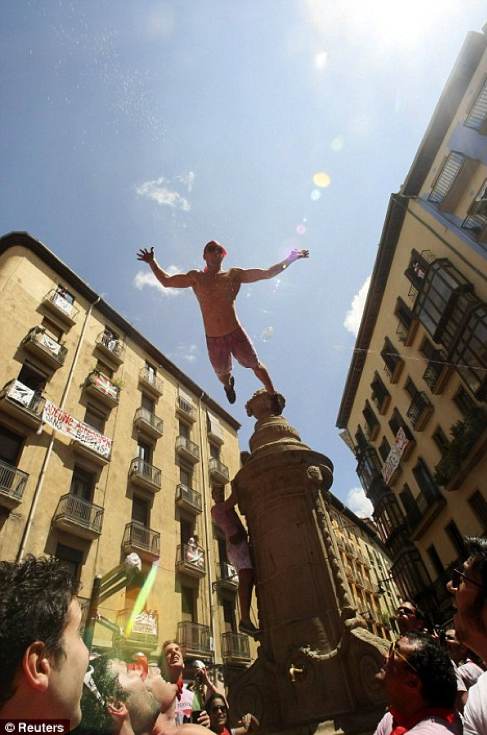 This issue of jumping from the Navarreriá Fountain is not a thing that we use to do. It is a thing that Australians started about 10 years ago.  Let me tell you about it.

In XVIII century we had running water for the first time in Pamplona.

Before this we used the river Arga and many wells all around the city.

To bring water from out of town, we constructed a big aqueduct. It is easy to see if you come by bus, train or car from Madrid or Barcelona. It is just at the entrance of the city. We would love to say that it is a Roman aqueduct.

But far from that, it is just from the 17th hundreds. At that time we also constructed some fountains so that we could get a supply of clean water in our houses and businesses. Some of these 18th century fountains are still working in town and one of them is the fountain of “La Navarrería”.

Recently this fountain has becomed very famous. Not for its history, but for a strange tradition that shocks even the locals.

Visitors, in particular Australians, climb this fountain during San Fermin, hoping that his/her friends will pick them before they hit the ground after jumping from its top. It began in the 90’s and at the beginning,

I have to say, it was kind of fun. I even did it once. That is what alcohol and peer pressure does to you.

The issue is that we have had a few of broken bones and a lot of bruises, that, I guess is ok, but in 2010 one kid broke his spinal cord and now is paraplejic for life.

That is when we tried to get serious about it and we have tried to stop it, but is is unstoppable, there are too many people and police cannot control it.

One year we even removed the fountain so people could not jump from it, but when they came to jump from the fountain and didn’t find it the climbed up a first floor and jumped from there. It was even worse.

So please remember that this is not a local tradition and that it can have fatal consequeces.

Do you remember: “don’t drink and drive?” well, here we say “DON’T DRINK AND  GO JUMPING FROM A FOUNTAIN” 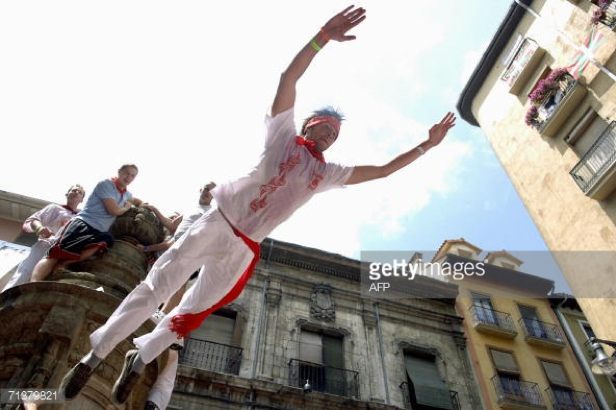